In G. Wayne’s work, you will relate to the characters and see bits and pieces of yourself and others.

The Breaking of Day

Always understand that night is always darkest just before “The Breaking of Day!”

When the relationship with Montague “Monti” Burroughs comes crashing down, Cameron McNeil is left picking up the pieces as he realizes just how much Monti was doing behind his back. Monti, trying to sort out his life, is quickly back to his controlling and manipulating self until he gets a jaw dropping revelation from Harper.

Yolanda Burroughs makes the decision to move forward with her life and meets Roderick. Things go well until a run-in with the mother of his child makes her snap. Shaine Holloway attends a charity function where she meets Detroit’s most eligible bachelor, Jonathan. Their relationship is moving along smoothly until Shaine’s troubled intern, Adrienne, decides that she wants to walk in Shaine’s stilettos.What will happen when Monti finds out that Cameron has been spending time with Calvin? What will be revealed when Cameron receives an unexpected phone call? Will Jonathan be everything that Shaine has prayed for? How will Yolanda react to the gavel being hit in the 36th District court? Always understand that night is always darkest just before “The Breaking of Day!” 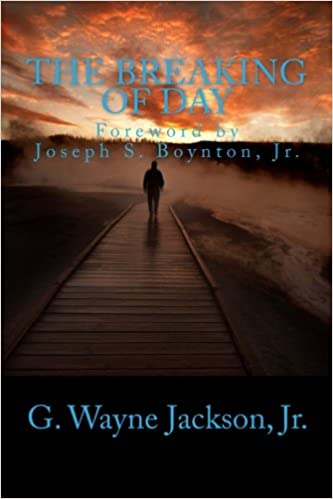 If drama, suspense, and twists and turns are what you are looking for, Forced Out of the Darkness will surely satisfy.

G. Wayne takes the reader on an urban gay story of sex and romance, which soon becomes threatened by Montague ‘Monti’ Burroughs’ dark demons.Looking for new love, can Cameron McNeil weather the storm that is brewing, or will he become another casualty of Monti Burroughs’ darkness?If drama, suspense, and twists and turns are what you are looking for, Forced Out of the Darkness will surely satisfy.